Generating wealth rather than trading money

By doug on September 5, 2012Comments Off on Generating wealth rather than trading money 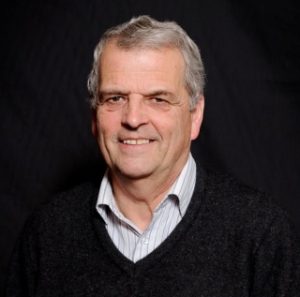 You can make money speculating on foreign exchange or you can do it shuffling assets around like Brierley did in the nineties, but from society’s point of view real wealth is an abundance of things like available health care for its most vulnerable members, high levels of education among even the poorest members, average income levels that match the best of the developed world and interesting and varied work opportunities for our young people.

We know that New Zealand is largely blessed with steady rainfall and a temperate climate that can grow stuff the world wants. We should celebrate that and do all we can to keep farming efficient but the industry is pretty grown up now and doesn’t need much help from the rest of society.

If the whole economy is tilted towards supporting conditions that favour that one activity, then it quickly becomes welfare for that industry – that distorts asset values and creates a fear of upsetting vested interests that benefit from the way our economy and exchange rate are managed.

It’s somewhat worrying that the Prime Minister seems to be following his predecessors from the past four or five decades but it’s understandable, after all he’s involved in a popularity contest every three years and he’ll have to upset some influential vested interests if he wants to change the way our economy operates.

However, when we hear from him that the things that will prosper in our economy all have culture in them so that’s agriculture, aquaculture, horticulture and viticulture, and perhaps cultural things like the film industry then it’s clear that he’s not going to be the one that changes anything anyway; but if he doesn’t change stuff what will happen over the next decade? More of the same? A continuing slide down the OECD performance tables?

There are many countries that actively support their manufacturing industries but look at Denmark. Denmark’s agricultural industry is about the same size and is as efficient as New Zealand’s but GDP per capita is approximately US$41K and New Zealand’s is just over US$30K. In the past year the Danish Krone has depreciated 17 percent against the US$, while the NZD has appreciated 2.5%. I wonder if their interest in policy settings that suit manufacturing is contributing to this? In the long run wouldn’t all New Zealanders prefer our economy to be better balanced so that they can expect a similar experience? What do you think?

Note to John Key and Bill English: It requires more than copying some of Denmark’s investment in support for some innovation centres. That might be just enough to look as if you’re taking it seriously without upsetting any vested interest but it won’t help in any real material way.

*Brian Willoughby is Managing Director of Contex Engineers and Junior Vice President of the NZ Manufacturers and Exporters Association.

Generating wealth rather than trading money added by doug on September 5, 2012
View all posts by doug →