By doug on November 29, 2012Comments Off on Pragmatic steps for Lean success 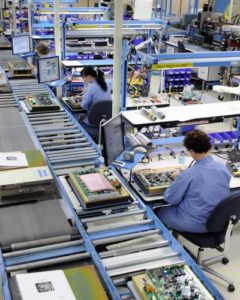 In recent conversations with manufacturing and service industry leaders, lean managers discussed problems they face as they work to advance operational excellence in their organizations.

The sticky issues will likely come as no surprise; they include ones most of us are already aware of and have encountered for years:

No consistent systems for developing talent from within.

As one lean manager put it:

“The main problems are internal in nature; for example, real engagement of the top levels of the organisation to support and realise the value of operational excellence; and the adoption of process thinking and structured problem solving as opposed to traditional functional approaches and cost-cutting.”

Ironically, these same issues are key requirements for sustaining lean initiatives, but they were raised by managers in the context of a question about problems they encounter that fall outside the scope of their lean or operational excellence initiatives. Moreover, process focus and development of internal talent are elements that the initiative itself should be designed to address.

Here are several pragmatic approaches lean leaders can follow to counteract these problems, working within the purview and scope of their improvement efforts:

Re-Examine the values behind your lean efforts

Typical rationales driving operational excellence initiatives include things like cost reduction, improving efficiency and effectiveness, and even propelling growth. You might figure thatÕs just obvious. Yet the impetus for your initiative can have a telling effect on the outcomes you achieve over the long term. ItÕs not a bad idea to dig a bit deeper and re-examine the big ideas that are driving you forward.

Technical improvements and results can be powerful, but the ability to sustain comes from the social or cultural changes in the organization, which don’t happen quickly.

While elimination of waste, cost reductions, and increased capacity are typical and important results of lean initiatives, taking a narrow view of the initiative’s purpose as a cost-cutting mission doesn’t yield the most sustainable results. Lean and operational excellence managers say,

Lean has been around for four or five years, but efforts are plagued by productivity initiatives (quick cost-cutting projects and programs). Lean has been equated with cutting people or other resources.

Some people believe in the triple bottom line, but not everybody. Projects are judged on ROI- and waste is just money.

Technical improvements and results can be powerful, but the ability to sustain comes from the social-or cultural-changes in the organisation, which don’t happen quickly. In a recent interview, David Mann, author of Creating a Lean Culture, said its like sands falling to the seafloor, which accumulate over time and become part of the texture of the organisation. That’s the true competitive advantage-and the element that’s difficult to replicate.

A proud work force will dig into issues deeply and sustain systemic gains in a way that is not possible by developing audits and checklists.

Lessons from a Personal Lean Conversion

Mark Schilling, Director of Fibre Cement Operations at CertainTeed Corporation, started out as a lean sceptic. As a manager who’d already achieved significant success improving operations, he complied ‘professionally’ at first, with his company’s president-driven effort to ‘do lean, or else.’

Rather than taking on full ownership of what he saw as a bureaucratic system, he delegated the lean work to one of his production managers. As he watched his group begin to transform over the next six to eight months, he witnessed surprisingly positive changes not only in operational results, but in his group’s spirit and level of engagement as well. He was eventually sold on lean, personally took up the charge, and has since been a change-leader at eight different sites over the last 10 years.

“For many of us, the proof is in the results, and I’m no different. Through turnarounds, start-ups, and just plain improving competitiveness, I’ve witnessed the power of integrating the workforce into the decision-making process.”

A proud work force will dig into issues deeply and sustain systemic gains in a way that is not possible by developing audits and checklists. An employee at an employer of choice wants the group to succeed and finds ways to make operations more competitive.

“Ideas come from all corners, without management-intensive idea systems, because we gather input by building a culture where people hold management accountable for considering their ideas. They- not just managers – are key members on the teams that decide what to do.”

“This all adds up to a site becoming lean, versus doing lean events, lean things. It’s vastly different.”

Schilling attributes the success of change initiatives he’s led to more than just successful use of lean methodologies. He says it’s the development of a proactive and collaborative work environment that goes beyond what is typically viewed as the scope of performance improvement, extending to team interviewing, community involvement, and new equipment design.

Reconsidering what the scope of your initiative is, why you’re doing it, and the power of the social changes that are achievable, can have a positive impact on sustaining efforts and developing the talent of your work force.

Engage leadership in a way that is meaningful

Creating a culture of improvement is not a short-term, isolated project, and the sustained support of top leadership is critical to maintaining traction over the long haul.

Engaging and sustaining the active interest and support of senior leaders and sponsors is a common problem, especially when improvement initiatives are not driven from the very top of the organization, or when there are changes in leadership.

It’s also a problem that reliably leads to a failed initiative. Creating a culture of improvement is not a short-term, isolated project, and the sustained support of top leadership is critical to maintaining traction over the long haul.

A simple anecdote of David Mann’s captures the crux of the problem. Commenting on their lean initiative, a senior executive said to him, “You know, after about 18 months what happens around here is that we lose interest, our attention drifts, we get distracted by the next big thing. Without a way to keep us engaged, we’ll move on to something else and then we’ll never really get the benefits. If you want this to last, we need to figure out a way of doing that.”

There will always be a next big thing. Someone will always come along with an internal program or project. Interest will wane and resources will get drawn away, leaving lean believers stranded across the organisation in a failing initiative that will eventually die.

Mann has a helpful way of framing the problem. In his experience, many lean implementers think engagement means “learning what we learned and doing what we do.”

But that doesn’t fit with the roles of most senior managers. In most cases you’ll have no chance of getting, say, the chief administrative officer of the corporation to work out the elements of a heijunka system. So what does engagement mean for senior executives?

For executives who think, “Why do I have to do this? This is a waste of my time. I have a whole team of managers that are supposed to be doing this”; this approach provides a different take.

Assessing the health of the management system at the place where it is being applied provides an important and meaningful task to which the executive can relate. It’s not just an idle exercise; it’s an activity that respects their limited time and that equips them to actively support the management system, which in turn supports the production system.

It enables them to assess the management structure below them and diagnose the presence of any broken links in their chain of command. These ‘broken links’ represent managers the executive might need to teach or coach. It’s also an opportunity to reinforce expectations and to ensure the organization is carrying out the designated strategies and its tactical activities.

Engaging leaders does give you a better chance of staying the course. To keep them engaged you’ve got to find a way to do it that is meaningful to them, that they can master, and that they’re interested in mastering, Mann says. In turn, that helps make it possible to move from a cost-saving mentality to a capability-building one, and provides a much better chance of policy deployment being effective throughout the organisation.

Swipe a lesson from innovation leaders

Part of becoming an employer of choice, of generating that hard-to-quantify energy and drive in the work force, is a sense of mission that goes beyond making or saving money – a mission that is about being the best, about making a significant impact and contribution. While you may not be able to move the needle on your organization’s overall mission, your personal attitude and mission as a leader can make a difference, and can influence others in the organization over time, both above and below you in the hierarchy.

Engaging leaders does give you a better chance of staying the course. To keep them engaged you’ve got to find a way to do it that is meaningful to them, that they can master, and that they’re interested in mastering.

True lean initiatives are founded on a similar drive for excellence, in fact for perfection, coupled with the living concept that becoming lean is about a continuous series of iterations. It’s about truly understanding that the job is endless and about making that a stimulating endeavour. Expecting to attack a process once, perfect it, reach a new status quo, and then sustain the gains indefinitely is not the objective. The process of doing that in a continuum, as a part of everyday work, is the goal.

While you may not be able to move the needle on your organisation’s overall mission, your personal attitude and mission as a leader can make a difference, and can influence others in the organisation over time, both above and below you in the hierarchy.

The key to success

A lean manager described the key to success quite succinctly: The key to success is building leaders. Once you have that, you can build everything else. In general, we tend to go on tool overload. We have lots of resources, but no way for people to navigate as to what is appropriate to use and how.

The key to success is building leaders. Once you have that, you can build everything else. In general, we tend to go on tool overload. We have lots of resources, but no way for people to navigate as to what is appropriate to use and how.

In tandem with working on issues that build leadership across the entire organisation, it’s important to consider how you scope your initiative. Set a scope that’s broad enough to engage top executive sponsors, and to excite and develop your internal talent.

Pragmatic steps for Lean success added by doug on November 29, 2012
View all posts by doug →