By doug on November 2, 2014Comments Off on Let’s not follow the others 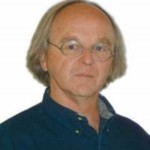 If Peter Thiel, co- founder of PayPal and Palantir has it right the future needs to change. It’s easier to copy a model than to make something new. Doing what we already know how to do keeps on adding more of something familiar. And it is easier to do.

Peter Thiel has a book out with Blake Masters, Zero to One.

Why not make something brand new instead of copying what others are doing? Can we think of something that hasn’t been made before and not have to bother having competition. Get it?

In golf, we talk about our own authentic swing. That may be a swing not based on our golfing buddies, not copying anyone else to drive the ball down the fairway. 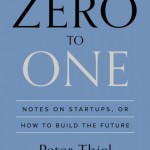 Because 2014 is rapidly coming to an end I think this is a good subject for all of us to look at for 2015. A great opportunity to dream and plan what might be next for our company that no one else is doing. Imagine that!

Get your company geniuses  together and ask the question “How can our company make something new and not take the easy way by continuing to do just what we know?”

One upon a time someone invented the paper clip. Then someone else made another model, round, not silver, but in colours. It was still called a paper lip.

You may be thinking that if you had the great individual idea you would be doing it? But would you…are you in the comfort zone and this is as good as (you want it) to get?

I am looking forward to lots of new, exclusive ideas coming my way in 2015.

Let’s not follow the others added by doug on November 2, 2014
View all posts by doug →