What will really happen in the next decade

By doug on September 5, 2015Comments Off on What will really happen in the next decade 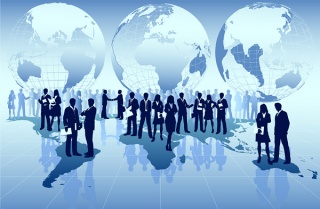 Earlier this year, the Chinese People’s Congress was told the growth target would be 7% but that “deep-seated problems in the country’s economy are becoming more obvious.”

Since then, predicted growth rates have dropped considerably.

McKinsey Institute authors Luis Enriquez, Sven Smit and Jonathan Ablett have produced four economic scenarios for the next 10 years, ranging from high to stalled growth, in a paper, Shifting Tides.

They explain the three main sets of forces at work and how policy responses will dictate various outcomes.

The first set is today’s economic stimulus policies and the shifting energy markets. 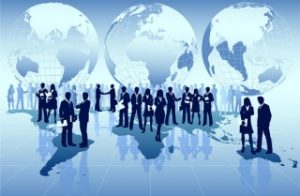 The next set of forces are more underlying and less immediate – the demographic effects of urbanisation and ageing.
Finally, there are technological innovation and global connectivity, both of which are uncertain and variable in their effects.

The first set of forces are most obvious in the lack of economic demand despite the stimulation of low interest rates from loose monetary and fiscal policies, as well as low oil prices.

The next forces produce longer-term issues, such as rising debt loads, ageing populations, reduced workforces and inadequate or outmoded infrastructure.

The third forces of technological innovation and globalisation have resulted in a divergence rather than a convergence of the world’s major economies.

Overcoming weak demand
The International Monetary Fund estimates that production in the 10 largest advanced economies was 2% below potential in 2014.

Many governments and central banks responded with fiscal and monetary stimulus programmes that fostered the low real-interest-rate environments that have endured for over five years.

As a result, all increased rather than reduced their overall debt levels – in some cases, by more than 50%. Persistently low interest rates encourage investors to search for yield and safety, creating the preconditions for asset bubbles and further volatility in international financial flows.

Economists are concerned that unconventional monetary policies have distorted rather than bolstered the demand picture.

Oil prices fell 50% in the latter half of 2014 and even though they have rebounded this year, they remain well below average levels of the past five years.

The breakeven oil price – the price at which a fiscal surplus turns into a deficit – ranges from $US57 a barrel for Kuwait to $US119 for Algeria.

The effects of these are predictable and are tilting the global economy in one general direction: toward emerging markets.

Increasing urban congestion and an ageing labor force impose burdens – among them lower productivity, falling demand and rising health and pension loads – on all economies.

From Brazil to China, emerging economies are urbanising with unprecedented rapidity. Rural populations are responding to rising industrial opportunities and burgeoning growth, and the economic weight of cities in the world economy continues to rise.

McKinsey predicts 46 of the world’s 200 largest cities will be in China by 2025, a sign too of the eastward migration of the global economy’s centre of gravity.

The labour force, on which economic activity depends, is both ageing and shrinking. It is expected to contract 11% in China by 2050, even as the country’s economy expands.

The shrinkage in continental Europe is expected to be even more dramatic. As life spans are growing and birthrates falling, a reduced working population in both advanced and emerging economies will be supporting ever-higher numbers of retirees.

In many of the leading economies, expected productivity improvements will not bridge the gap.

Technological innovation and global connectivity
This has reached a level where significant structural changes are in process or have already occurred. Digitisation has transformed the telecommunications, media, financial services, and retail sectors.

Consumers are using mobile devices to connect to an ever-widening range of goods and services, while businesses embed such devices more deeply in functional processes and industrial activity.

The constituents of the global economy in 2015 are more deeply interconnected than ever before. Trading relationships are increasingly dense and complex, and they have rebounded rapidly since the global downturn.

Today, China is a world-trade hub while Latin American, Indian and Middle Eastern trade has risen in world economic weight.

Four scenarios for 2015-25
These can be summarised as:
1. Global synchronicity: Convergence and rapid growth
This is the rosiest scenario with the most robust long-term growth in more than three decades, reaching 3.7% a year through 2025. It depends on the US, the eurozone and Japan making the transition to more sustainable growth while exiting existing policies with minimal disruption.
Likewise, policy makers in China move smoothly and gradually down to a lower level of growth while India emerges as the fastest-growing economy over this period. By 2025, the global economy will have grown to $US90 trillion in constant 2015 dollars, from $US62 trillion in 2015.

2. Pockets of growth: Divergence with rapid growth
The growth picture is more uneven second scenario as countries tackle reforms in fits and starts. Global growth reaches 3.2% a year over the decade, a relatively high historical level, and by 2025 the global economy reaches $US88 trillion in 2015 dollars.

3. Global deceleration: Convergence with slower growth
This lower-growth scenario is defined by global convergence to a slower path. Global growth manages to reach 2.9% a year, slightly below average for the past three decades. The expansion is especially reliant on positive outcomes in emerging markets. By the end of the decade, the global economy reaches $US86 trillion in 2015 dollars.

4. Rolling regional crises: Divergence and low growth
The worst scenario is the opposite of the first. Growth stalls and the world economy is $US11.4 trillion smaller than it would be in the highest growth scenario. “Rolling regional crises” describes a world where structural reforms broadly stall and aggregate demand, especially in advanced economies, does not return in a sustainable way.

What will really happen in the next decade added by doug on September 5, 2015
View all posts by doug →