By doug on July 25, 2018Comments Off on PNG’s APEC venue has NZ involvement

Data from independent reports project the Star Mountain Plaza development to bring in more than $235 million Kina in tourism revenue and other economic benefits over a 20 year horizon. 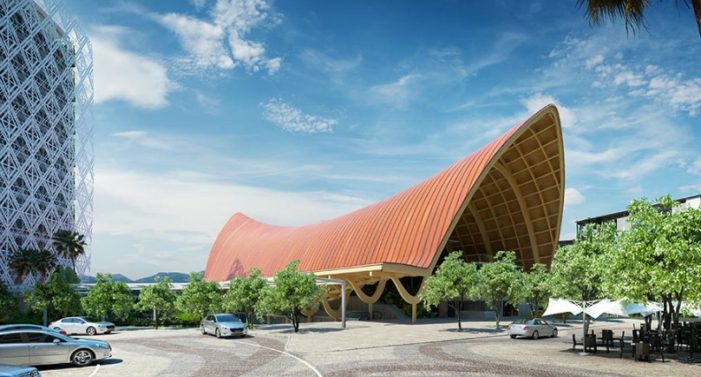 PNG’s Star Mountain Plaza, will host leaders from around the world at the APEC forum, and is expected to open ahead of its planned schedule according to developers.
The venue, was designed and project managed by a New Zealand architectural and project management firm. 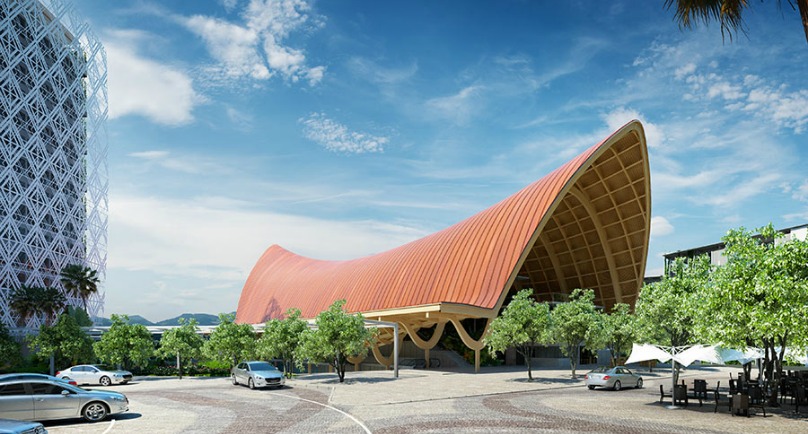 Mineral Resource Development Companies (MRDC) managing director Augustine Mano says construction on the venue is now expected to be completed in September – two months prior to the start of APEC.

Mr Mano says the project is on schedule due to the efforts of more than 800 team members who have worked in shifts 24 hours a day to ensure its early completion. This workforce is expected to increase by a further 200 over the next six weeks as the interior fit out progresses.

“Our project will be delivered in multiple phases enabling Hilton to gradually assume control, It is with great pleasure that we can officially handover the the first area of the new five star hotel and Kutubu convention centre to Hilton.

“Over the coming weeks, more areas of the development will be handed over in the lead up to the final construction completion date on 13 September 2018,” he says.

Mr Mano says in addition to the conference venue the introduction of the Hilton Hotel brand to the PNG market marks a coming of age for the nation.

“The opening of the 212 room Hilton Port Moresby will have wide ranging and long term benefits for the country.

“The first guests will be welcomed at the hotel soon after the construction is completed,” he says.

Data from independent reports project the Star Mountain Plaza development to bring in more than $235 million Kina in tourism revenue and other economic benefits over a 20 year horizon.

“We are creating a legacy asset for future generations of Papua New Guineans. Along with the economic benefits of building the convention centre itself, we have also had the chance to train the local workforce in a wide variety of trades – something that will benefit the community for years to come,” he says.

Mr Mano says the development has overcome a shortage of skilled local labour by introducing onsite training programmes for its workers and has set a new benchmark for workplace health and safety standards.

“This has been a model construction site guideline by international standards. We wanted to demonstrate how projects should be run and wanted to ensure that Star Mountain Plaza was not only known for its economic benefits to the country, but also its social contribution,” he says.

Workers employed by the company have had free access to healthcare which included vision testing and free glasses for themselves and family members.

“Our hospital screening programme identified almost half of our workers needed prescription lenses for previously undiagnosed vision conditions. By providing them with free glasses we have helped provide a safer workplace environment for them and their colleagues,” he says.

Other workplace benefits included the provision of three catered meals daily, unlimited bottled water and the supply of electrolyte supplements to prevent dehydration. Staff were also offered immediate access to private hospital care paid for by the company.

The completed project will feature over 5600m² of planting, 566m² of artificial turf, water features and hard landscaping more than 12,000 examples of PNG’s flora, planted in one of the one of the nation’s largest ever landscaping projects of its kind.

PNG’s APEC venue has NZ involvement added by doug on July 25, 2018
View all posts by doug →