Wellbeing Budget 2019 delivers, but not for business

By doug on May 30, 2019Comments Off on Wellbeing Budget 2019 delivers, but not for business

The Wellbeing Budget 2019 uses the business-driven growth previously in the economy to fund an extensive social wellbeing programme.

The EMA was not expecting much for business from the Wellbeing Budget 2019, but it was still disappointed it did not tackle some of its members’ key concerns.

“Nobody would argue that people’s overall wellbeing is important, and there is no doubt that a happier, healthier community is a more productive one. We do welcome the investment in mental health as it is a cost to everyone in different ways, including business, and any improvement in this area would benefit everyone,” says Brett O’Riley. 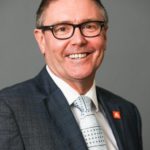 “However, greater recognition could have been made of wellbeing in the business sector as a healthy economy provides the funding to deal with the difficult and complex social issues the Government is tackling,” he says.

From an EMA member point of view, the best news for business probably came ahead of today’s budget with the decision not to introduce a capital gains tax.

Mr O’Riley says two positives were the $300m of expansion capital for start-ups will be able to access in order to grow, and $197m to tackle homelessness through Housing First, a social housing initiative that could further the construction sector.

With a key part of the economy’s success linked to being competitive in the digital age, and the EMA welcomes today’s announcement of $6.8m over four years to future-proof New Zealand’s manufacturing industry, as well as the additional $157m for research and innovation linked to low emissions.

This ties in to another of the major challenges for members is getting the people they need. While the EMA is pleased to be involved in the crucial Future of Work project, more focus is needed to achieve an employment framework that supports future growth. In addition, the immigration backlog needs to be addressed.

“However, we would have liked a greater focus on investment in and certainty around much-needed infrastructure and its funding in transport and distribution networks. New hospitals and schools infrastructure is good news and could also benefit the construction sector. It was also great to see funding for the National Infrastructure Commission.”

“But, distribution networks in the upper north island are choking. This infrastructure is essential as businesses have to be confident that at the very least they can move goods efficiently and effectively, and provide their services when and where they need to. If the Government was serious about its investment in rail then the much-needed third main line out of Auckland would have been built by now. And really, the fourth should have been done at the same time.”

EMA members are also suffering as a result of the cost of compliance due to the raft of new legislation, which is bringing more change, more rapidly to the business environment since the late 1980s.

“As a result of this we commissioned work to measure the financial impact and business – particularly in the small to medium sector. What we learned was that New Zealand effectively stopped measuring the cost of new regulation to business in 2012,” says Mr O’Riley.

“We know that in 2016 when the last study of those costs was attempted – using that 2012 data – was put at $5 billion annually, and we know our members are feeling this acutely.”

“We look forward to working with the Government on transitioning towards a sustainable, low emissions economy in a way that is considerately and consistently implemented for business,” says Mr O’Riley.