Taking on one of the biggest, invisible causes of climate change

By doug on August 24, 2019Comments Off on Taking on one of the biggest, invisible causes of climate change

Product stewardship sees producers, importers and retailers take responsibility for their products and ensure they are re-used, recycled or properly disposed of at end life.

A project has begun in New Zealand for the refrigerants industry to tackle one of the most potent, but least known causes of climate change.

The gases used in refrigerants – perfluorocarbons (PFC) and hydrofluorocarbons (HFC) – are rated among the most effective at trapping heat in the earth’s atmosphere; thousands of times more potent than carbon dioxide with respect to their global warming potential, says sustainability expert Darren Patterson.

This, combined with their widespread use, makes them a high priority target for tackling climate change worldwide, he says.

As part of the project a Working Group has been established to represent the interests of the key industries affected by a priority product declaration, including refrigeration and air conditioning, motor vehicle industry (automotive air conditioning), refrigerant wholesalers, manufacturers and distributors and other significant industry stakeholders.

This project is being managed by Hastings-based product stewardship specialists 3R Group. 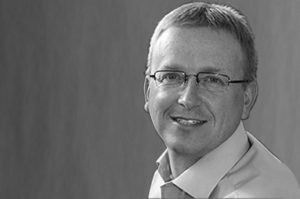 Product stewardship sees producers, importers and retailers take responsibility for their products and ensure they are re-used, recycled or properly disposed of at end life.

New Zealand is also bound by international agreement to phase down HFCs, Darren says. In 2016 the Government adopted the Kigali Amendment to the Montreal Protocol, which requires the phasing down of HFCs worldwide from the beginning of 2020 and will cease importing HFCs in 2036.

RECOVERY, a voluntary product stewardship scheme for refrigerants has been operating in New Zealand since 1993. However, the whole industry isn’t involved.

“It’s vital we have all the players involved to make the scheme as effective as possible. A co-regulatory scheme ‘levels the playing field’ as all companies would be required to participate,” Darren says.

Under the current Waste Minimisation Act 2008, if the Minister for the Environment declares refrigerants a priority product, those products must be part of a co-regulated stewardship scheme. “The Ministry has already signalled its intentions to act on high priority waste streams, such as refrigerants, tyres and e-waste,” Darren says.

Taking on one of the biggest, invisible causes of climate change added by doug on August 24, 2019
View all posts by doug →