By doug on January 30, 2020Comments Off on Infrastructure spending good news for SMEs 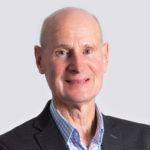 EMA Head of Advocacy and Strategy, Alan McDonald, says an additional infrastructure spend of $12 billion over four years is a welcome boost, especially with $6.8 billion of it going into the transport sector.

“We’ve already seen an additional $400 million allocated to school infrastructure, and the $300m announced for new spend on hospitals is also going into an area that needs the additional funding attention,” he says.

For EMA members the most welcome news is the new transport spend, as its region from Taupo North continues grow rapidly without having the necessary connectivity and ease of movement to support that growth.

The new funding will be in addition to what has already been allocated in the National Land Transport Plan (NLTP).

“Our understanding is that in some cases the funding may speed up projects in the NLTP or supplant already allocated funds. Where that happens the funding that is freed up from the NLTP will then be reallocated for other NLTP projects to further accelerate that pipeline,” says Mr McDonald.

“While details about which projects will receive the new funding are being held back – they are likely to be announced in the New Year – there are a number of public transport, rail and road projects across the upper North Island that are virtually ready to go and if brought forward will bring considerable benefits to businesses in the region,” he says.

The new National Infrastructure Commission will rightly prioritise the projects, but the EMA’s wish-list of shovel-ready projects would include:

The third rail main, rail electrification between Papatoetoe and Pukekohe, the airport to Puhinui link, the north western busway and Mill Road in Auckland; the route south from Whangarei to Auckland; the corridors in and out of Hamilton; and the road from Katikati to Tauranga.

Infrastructure spending good news for SMEs added by doug on January 30, 2020
View all posts by doug →