By doug on March 27, 2013Comments Off on Unfree and Unfair

Industries in Europe and in countries like New Zealand ascribe to, and operate according to, free market mechanisms. 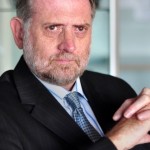 It’s quite eye opening to see the claims made around the world against countries and companies accused of dumping products in markets. Whether it’s the USA investigating steel towers for the wind industry, imported from China and Vietnam, where it is claimed they are subsidised at a rate of above 20%, or The President of TATA Steel Thailand, Mr. Peeyush Gupta asking the Thai government to raise import tariffs by 15.9% on steel wire rods from China, because it is claimed that Chinese companies can sell steel wire at below Thai market prices because Beijing subsidises the product with an export tax rebate of 9%.

Meanwhile, according to a Reuters report, China’s crude steel output is expected to increase by 4.6% in 2013 bringing their output to 750 million tons. This represents a slowing in growth of output when compared with 2009 -2011 when output was growing by 10% pa, but still means a serious oversupply of around 50 million tons in the Chinese market.

While these figures are concerning, Vice-Secretary General of the China Iron and Steel Association, Chi Jingdong, said at a recent conference, that total steel capacity was actually 980 million tons, meaning a potential oversupply approaching 300 million tons.

While increased supply over demand, may mean reduced prices for people buying Chinese steel it also means that local Chinese manufacturers can buy cheap and sell resulting plant into overseas markets, at prices which are artificially held low by the controlled exchange rate for the Yuan in China and the lack of market drivers that should have seen the closing of older inefficient steel plants as they became less profitable.

This would have reduced the oversupply situation, as has occurred in Europe where steel production has reduced by 17% since 2007 and is projected to fall further in 2013 in response to lower demand and prices.

Vietnam is in a similar situation to China with an oversupply of steel, leading to dumping claims. Last December, Indonesia implemented 13.5 to 36.6% anti dumping taxes on Vietnamese, cold rolled steel coils and Malaysia and Thailand are considering dumping complaints regarding galvanized and coated steel sheet.

It was reported on neurope.eu that the EU parliament has adopted a resolution to aid the EU steel sector, in response to a Commission’s proposal to ‘reindustrialise’ the EU. One of the main challenges of the sector, identified by EU steel industry stakeholders, is international competition, including protectionism and unfair trade practices, such as export tax rebates and dumping.

Industries in Europe and in countries like New Zealand ascribe to, and operate according to, free market mechanisms, so trade between similar countries, operating to similar standards and principles, is free and fair. But it needs to be recognised that where market mechanisms do not exist, then imports from those countries can significantly damage local industry.

Clearly, in the prevailing situation, with a significant steel oversupply in China and Vietnam not being mitigated through countervailing market mechanisms, blind adherence, to any idea of a pure market model can easily result in the decimation of New Zealand’s high value manufacturing industry; an industry that we rely on to provide a base from which to grow more export sales.

Governments are responsible for putting in place international trade agreements and must be held accountable for their impact, and react to what is happening around us, in terms of unfair trade. Once a local industry is gone, it’s gone and future generations will be paying much higher prices than the short-term ‘cheap’ import prices, that project procurers, including State Owned Enterprises and governments are able to enjoy at the moment.

It’s time to rip the ‘free trade’ blinkers off and start standing up for New Zealand Industry against unfair trade practices. Industry is accountable everyday for the work they do; it’s time that Government accepts their responsibilities and is accountable too.