By doug on November 20, 2018Comments Off on Managing Skills Shortages – The Construction Sector Example

Manufacturing has similarly severe skills shortages - a better shot at the scale which such government contracts can provide will help boost apprenticeship and training numbers in our own industry. 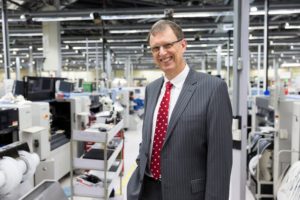 Skills shortages remain one of the key areas holding back manufacturers from further growth – this challenge is not new and is likely to need continued efforts into the future, both to address current shortages in experienced trades workers as well as the changing skills requirements due to rapidly changing technology.

Today, however, I want to talk about the Government’s recently announced plan to address skills shortages in the construction sector, in particular, looking at measures around government procurement.

The Mana in Mahi – Strength in Work programme will provide support payment equivalent to the person’s benefit to employers taking on apprentices aged 18 to 24 years who have been on a benefit for six or more months.

This policy has some potential to help somewhat, but we will need to see how the initial implementation works and wait for the policy to widen to include the manufacturing sector.

Procurement is an issue we have been actively engaging with Government on recently, arguing that procurement policy needs to give more consideration to local suppliers, who in turn employ local workers, contribute to the local economy and critically, build a skills base by training their staff through apprenticeships.

While some parts of the current policy state that such benefits of using local suppliers should be considered, this principle is hardly ever given serious consideration in practice, especially since the government’s Rules of Procurement only apply to principal or head contractors, and pretty much all the work is done by sub-contractors not subject to any wider benefit considerations.

For the construction sector specifically, in an interview Minister David Parker highlighted the focus on cutting price leading to contracts being awarded to companies that do not invest in training and then simply poaching trained staff from companies that had already invested in training and apprenticeships.

The intention in this area of the action plan appears to be including questions around training and skills development more explicitly in the procurement consideration process – which may result in effectively giving those firms who do so a better chance at gaining government project work.

On the surface, this seems like a good idea – especially when you compare how New Zealand companies will fare in this respect compare to overseas contracts, who often do not invest in training in New Zealand.

Hopefully, this current focus on construction procurement will give the government a basis and experience on which to improve conditions for manufacturers who are trying to gain contracts in the area.

Manufacturing has similarly severe skills shortages – a better shot at the scale which such government contracts can provide will help boost apprenticeship and training numbers in our own industry.

For both manufacturing and construction, making sure the consideration of skills development flows right down the project to sub-contractors and suppliers will be critical.

We will keep an eye out on how this procurement focus develops and will continue our discussions with government on how this approach – if it works – can be extended, leading to a similar government effort in the manufacturing sector.