By doug on July 23, 2019Comments Off on Bringing graphene and new materials to market

‎ Careful planning is essential in the phase when research and commercialisation start to overlap. Particularly due to the sharp contrast between the languages that are used in academia and industry.

Remember the computer triode? Unless you’re an early-tech enthusiast, it’s unlikely. Used as switches in the first electronic computers, these vacuum tubes consumed a great deal of power. They were unreliable and upon the invention of silicon chips, were quickly replaced.

A new material has the potential to shift entire industries. Here, Kari Hjelt, Head of Innovation of the Graphene Flagship explains how graphene is set to do the same. 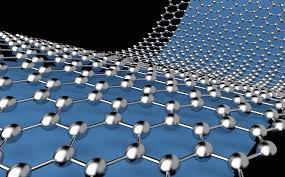 ‎ Graphene, a material that is just a one atom thick, has exceptional physical properties. The European Commission launched the Graphene Flagship in 2013 to facilitate the transition of graphene and related materials from academic laboratories to applications.

With a budget of €1 billion an initial period of 10 years, the Graphene Flagship is one of Europe’s biggest research initiative, aiming not only to continue developing graphene in academic laboratories, but also spearheads efforts for the commercialisation of graphene, preparing for its widespread adoption in industry.

Halfway through the ten-year project, the Graphene Flagship has successfully developed over 25 commercial products, using the impressive conductivity, strength and flexibility of graphene to improve on the properties of previously used materials.

However, bringing a new material to market is not without its challenges.

‎Historically, it takes an average of 30 years to take a material from its invention into the commercial realm. Low cost aluminium, for instance, was first isolated in 1824, and for a while during the 19 th century it was more expensive than gold, and considered as a very luxurious metal.

Aluminium wasn’t widely used until an affordable manufacture structure was set up in 1886, and it didn’t become popular until the early 1900s. Materials that also experienced similar time lags in their adoption include titanium, Teflon, Velcro and polycarbonate, a plastic material used in the manufacture of bulletproof glass.

‎ Careful planning is essential in the phase when research and commercialisation start to overlap. Particularly due to the sharp contrast between the languages that are used in academia and industry.

To ensure this process runs smooth and successfully, a key driver is the establishment of efficient networks between both worlds. The Graphene Flagship has done this through a core consortium of over 150 academic and industrial groups. Around 40 per cent of the current members are companies aiming to incorporate graphene into their products.

More recently, the Graphene Flagship established a new kind of working groups among its consortium – the spearhead projects.

These projects, led by key industrial partners, will boost the technology readiness level (TRL) of major technologies in the European industry, such as aviation, automation and energy generation and storage.

Thanks to this multidisciplinary network, the Graphene Flagship envisioned the Graphene Technology and Innovation Roadmap — an expected timeline for the adoption of graphene technologies.

The Graphene Flagship’s principal mission is to take technologies based on graphene from the laboratory to commercial application. During our first phase, we continued to witness the potential of graphene-based technologies to create market disruptions and transformational innovations.

In our next phases we will continue to move from materials research towards component development and system-level integration. Our focus is in combining technology push and market pull by working with industry stakeholders to increase technology readiness levels.

The Graphene Technology and Innovation Roadmap predicts that graphene for use in flexible perovskite solar cells, high frequency electronics and supercapacitors for warehouse logistics is likely to occur in the next five years.

Later technologies, including bioelectric medicine and 6G wireless networks may take a while longer, with estimated adoption in 2030 and beyond.

On top of that, the Graphene Flagship has established two new services for the validation and standardisation of graphene and related materials, which will be of outstanding utility for industries looking into incorporating graphene into their products.

So far, the absence of accurate measurement protocols and the lack of standards have become a serious obstacle to the commercialisation of graphene and related materials. The Graphene Flagship enabled professional validation and standardisation processes –provided by national measurement institutes renowned for their excellence, integrity and impartiality– that will accelerate the technology development and transfer.

Soon, the Graphene Flagship will also release an open access publication that gathers all the know-how in the manufacture of graphene and related materials acquired during years of basic research.

Encompassing over 1,500 references and the knowledge of over 70 co-authors from the Graphene Flagship consortium, this publication will provide a single source of knowledge on graphene and other layered materials.

There were 124 years between the discovery of silicon in 1824, and the creation of the silicon chip in 1958. Now, arguably the most influential invention in computing so far, this chip technology is used in almost all modern products.

Bringing a new material to market cannot be rushed, but when managed properly, can yield incredible results.

Bringing graphene and new materials to market added by doug on July 23, 2019
View all posts by doug →