First look at our coolest redevelopment

By doug on July 15, 2019Comments Off on First look at our coolest redevelopment

“Scott Base is our home on the ice and the strategic hub for scientists from New Zealand and across the globe to carry out some of the most important research in the world.

As part of Budget 2019 the Government has committed $18.5 million for the next phase of the Scott Base Redevelopment project.

This funding, which will be used over the next two years, means the detailed design of the new base can be completed and the Scott Base Redevelopment team can start working with the construction industry on how best to deliver the preferred design.

“Scott Base is our home on the ice and the strategic hub for scientists from New Zealand and across the globe to carry out some of the most important research in the world.

“It is critical to get this work underway now, as the climate and logistical challenges mean construction projects take longer to deliver in Antarctica,” she says.

The design would see the existing base, built in the early 80s and made up of 12 separate buildings, replaced by three large interconnected buildings and a separate helicopter hangar. 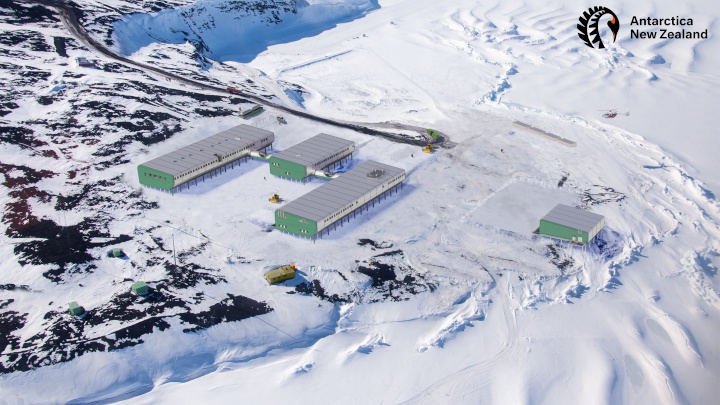 The base could accommodate up to 100 people at a time.

Of the three buildings one is designated for accommodation, dining and welfare, the second for science and management and the third for engineering and storage.

Scott Base Redevelopment Senior Project Manager Simon Shelton says the funding is welcome news as the current base reaches the end of its functional life.

“At the moment, we have to mitigate increasing points of failure at Scott Base; the buildings, materials and systems are deteriorating with age.

“We are looking forward to moving to the next stage of the development process and supporting the Antarctic science community with safe, fit-for-purpose infrastructure,” he says.

Jasmax and Hugh Broughton Architects came up with the architectural design.

First look at our coolest redevelopment added by doug on July 15, 2019
View all posts by doug →