Team NZ gets a lift in lead up to Cup

By doug on September 16, 2019Comments Off on Team NZ gets a lift in lead up to Cup

NZ Crane Hire is on board as an official Team New Zealand supplier and is responsible for lifting the team’s race boat in and out of the water at its Viaduct Harbour base.

NZ Crane Hire’s Managing Director, Deane Manley, says the company has done thousands of large-scale lifts in its 60-year history but there was added pressure with many eyes watching the launch. 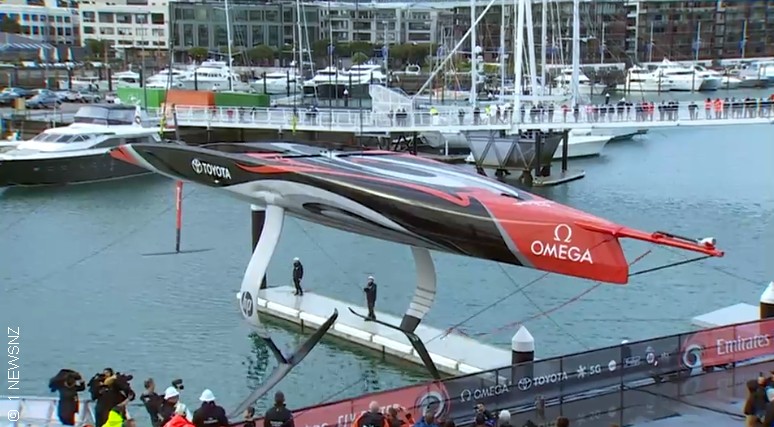 “This boat is precious cargo and carries the hopes of a nation, so it is a little different. But essentially cranes are based on simple geometry, so it comes down to careful planning and a high level of skill from our crane drivers to get the job done well.

“The team and I are also looking forward to playing a small part in helping the team defend the Cup in 2021,” he says.

Mr Manley says the company will have a crane based permanently at the New Zealand syndicate in the lead up to and during the Cup in 2021.

Grant Dalton, CEO Team New Zealand, says the build up to the America’s Cup would not be possible without NZ Crane Hire.

“The boat weighs 6.5 tonnes and there are some very interesting winds around the Viaduct so getting the boat in and out of the water as safely and efficiently as possible on a regular basis is key.”

The 36th America’s Cup is returning to Auckland’s waterfront in 2021 after Emirates Team New Zealand won the Cup in Bermuda in 2017.

The racing period will take place from March 6th – March 21st. It will be a best-of-13, first-to-seven-points series.