By doug on September 20, 2019Comments Off on Worried about artificial intelligence?

How fast is the global technological frontier moving? Some argue that it is moving very fast and accelerating. Certainly, in some fields, like artificial intelligence, the evidence points in that direction. 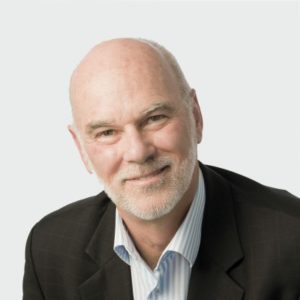 We’ve been asked at the Productivity Commission to explore the impact of technological change on the future of work. This month we released New Zealand, technology and productivity – the first of four reports on the topic.

We’ve been assigned the task because Ministers are genuinely troubled about the potential for emerging technology, especially robotics and artificial intelligence, to replace workers, undermine the security of work and working conditions, and in doing so, disrupt the labour market and the social order, and undermine wider community wellbeing.

There is certainly no shortage of pundits telling us that most jobs will disappear or change fundamentally and that we should prepare for a very different future of work.

Our approach is to try to understand what is going on so that we can respond to developments that are real, rather than imagined or assumed.

What are the channels by which new technologies enter and diffuse through the New Zealand economy?

Adoption of new technology happens as the result of decisions made by individual firms – large and small – across an economy. The ambition for improved profitability and growth are key drivers.

We know that adoption of new technologies requires access to capital and may require other complementary investments as well. It’s not usually just a simple case of buying a new machine or computer programme; firms may need to reorganise their business or change their business model.

That’s quite an investment and most firms don’t take those decisions lightly.

Firms will make decisions in the context of how well their industry and the overall economy is performing, and their owners’ appetite for risk.

But we know that when firms adopt tech and improve their bottom line, the country’s productivity also improves, giving us higher income growth and increased resources to pay for the things New Zealanders’ value.

Adopting new technology is not necessarily labour-replacing. It might lead to different types of jobs/tasks being required and more jobs if the firm expands. A lot of the newer research talks about artificial intelligence being better at some human tasks, freeing up humans for the work tasks they are better at. And there are certainly jobs for artificial intelligence that humans could never do.

One example I came across the other day is from Norway, which has a large fish-farming industry. One threat to the industry is sea lice, which infect hundreds of millions of fish a year, feeding on their mucus, skin and blood. Infected fish are unsaleable and the available ways of treating sea lice (pesticides or dunking infected fish in warm water) create chemical resistance or don’t adequately protect healthy fish.

A Norwegian aquaculture firm is trialling facial recognition software that identifies abnormalities on fish, such as lice and skin ulcers, and allows the affected fish to be quarantined.

One estimate suggests that early detection through these technologies could cut fish mortality rates by between 50 to 75%.

This is a job that no human (or group of humans) could feasibly do, so the technology adds value without subtracting labour.

What this example also shows is that technology can create new opportunities to leverage off a country’s existing strengths and create new goods and services (such as specialised AI programs), which can be commercialised and exported.

However, we know that most new technology (not all, but most) will come from other countries. So, the pace of technological change here will largely be determined by the pace and depth of global technological progress. We will get some chance to see it coming.

How fast is the global technological frontier moving? Some argue that it is moving very fast and accelerating. Certainly, in some fields, like artificial intelligence, the evidence points in that direction.

Yet data from across the developed world, including the USA, tells the opposite story. Productivity growth is uncommonly sluggish, average job tenure has increased, business start-ups and job churn are down. Is it possible that the future could look a lot like the present – low productivity growth, slow technological diffusion, and slow change in the labour market?

Maybe, but economists such as Chad Syverson and Erik Brynjolfsson – the leading gurus in this field – argue that lots of firms are making large investments in creating and adapting new technology.

These investments are costly, but have yet to bear fruit, hence the fall in productivity growth. Once the new technologies are well embedded, we should see large increases in productivity and accompanying disruption to incumbent business models.

What do we know about the diffusion of technology in the New Zealand economy? Quite a lot, really. And the story is quite grim. With the firm-level analysis we are now able to undertake, we can confirm, as is intuitive, that our generally sub-par productivity performance goes hand in hand with sluggish innovation.

Our best firms have productivity performance that is well short of the levels of firms at the global frontier. Our laggard firms are well behind our best. More particularly, our laggards hold a surprisingly large share of our labour and capital resources, and don’t give them up quickly. In small and quite isolated markets, our low productivity firms remain in business for a long time.

If we are to lift New Zealand’s productivity performance and with that, community well-being, we will need to lift our capacity to take up and apply new technology and innovation and learn to deal effectively with the change process.

How we can achieve that will feature in our forthcoming reports.

Worried about artificial intelligence? added by doug on September 20, 2019
View all posts by doug →