By doug on February 21, 2020Comments Off on New trade deal will boost NZ tech companies 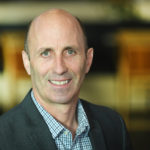 “Technology is the fastest growing sector in New Zealand and digital trade is especially important for the New Zealand economy,” he says.

“The New Zealand economy is largely made up of small and medium businesses and being able to trade digitally opens up the global market which was previously only accessible for larger firms.

“As more small Kiwi businesses understand how to access global markets this will accelerate their expansion and the growth of the economy.

“So, it is critical to have positive global digital trade policies and agreements in place,  the work that the New Zealand government is leading in this space is excellent and the New Zealand tech ecosystem is fully supportive.”

According to a recent report by the OECD, a 10 percent increase in bilateral digital connectivity raises traditional trade in goods and services as well by two to three percent so stimulating digital trade is also important for our traditional export sectors as well.

NZTech is a non-governmental organisation that is supported by more than 1000 organisations that work together to help create a prosperous New Zealand underpinned by technology.