By doug on November 19, 2019Comments Off on 2109 TIN report shows overall growth

The size of the tech industry has grown significantly since 2005.

For the first time in TIN Report history, New Zealand’s two hundred largest tech exporting companies by revenue – the TIN200 – have broken through the $12B mark in total revenue, and $8B in export earnings.

This equates to double-digit growth and total growth over a billion dollars for the second consecutive year, and the third time in the past four years, according to the 15th annual Technology Investment Network (TIN) Report.

In other firsts, the Report shows that investment in R&D has surpassed $1B for the first time, and employment numbers in the tech export sector have exceeded 50,000 staff.

“We’re delighted to present these record-breaking findings on the performance of the New Zealand tech companies that are exporting Kiwi innovation to the world,” said Greg Shanahan, founder and managing director of TIN.

“Through an overwhelming number of key metrics, our tech export sector is sending a strong message that it has the potential to become our country’s leading source of offshore income. We’re very excited to see the potential that this long-term sustainable growth presents.”

Mr Shanahan also notes that the TIN Next100 list has outpaced the TIN100 in terms of growth rate, a clear sign that the New Zealand tech sector is not only made up of a stable group of large companies driving the sector forward, but is also developing a strong pipeline of emerging new companies beneath them. 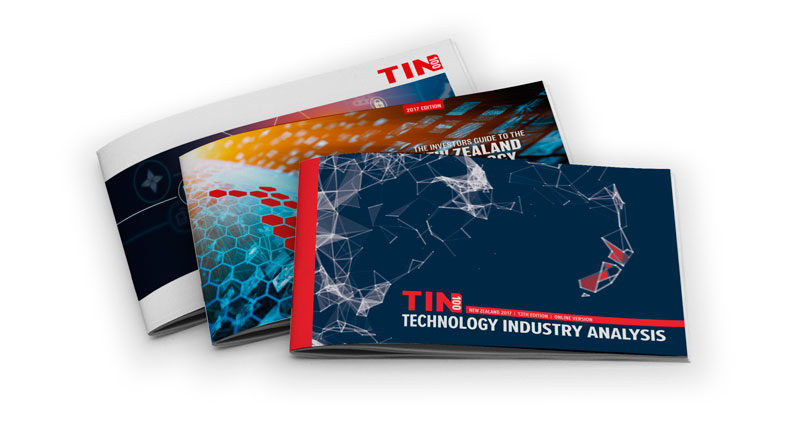 The TIN Report monitors the performance of New Zealand’s top 200 (TIN100 and Next100) largest technology exporters in the areas of Information and Communication Technology (ICT), High-tech Manufacturing and Biotechnology, approaching almost 1,000 companies for its survey this year.

The Key Highlights from this year’s Report are:

TIN celebrates its 20th anniversary this year, and Mr Shanahan says the organisation is looking to make an enhanced commitment in 2020 and beyond towards making tech companies an increasing force for good in New Zealand, utilising their talents and robust networks to help address economic disparity and bring about genuine societal change.

“In 20 years’ time, when we are looking back on another two decades of evolution of the New Zealand tech sector, I’m confident that we’ll be able to trace the threads back to the TIN Report of 2019 and see how the successes of today translated into the strong foundations of a tomorrow that brought benefit and prosperity to all,” said Mr Shanahan.

*TIN Rising Stars: A TIN200 company qualifies as a TIN Rising Star if it has demonstrated sustained high growth over the past three years (Minimum 20%, 3-year CAGR).

TIN100 companies with the largest revenue growth in 2019

The EY Ten Companies to Watch list recognises the TIN companies with the highest dollar value increase in revenue in the past year. Included are companies that have provided revenue figures and achieved a minimum growth of 5%.

The size of the tech industry has grown significantly since 2005 and in recognition of this, TIN has collated information on around 1,000 companies in 2019.